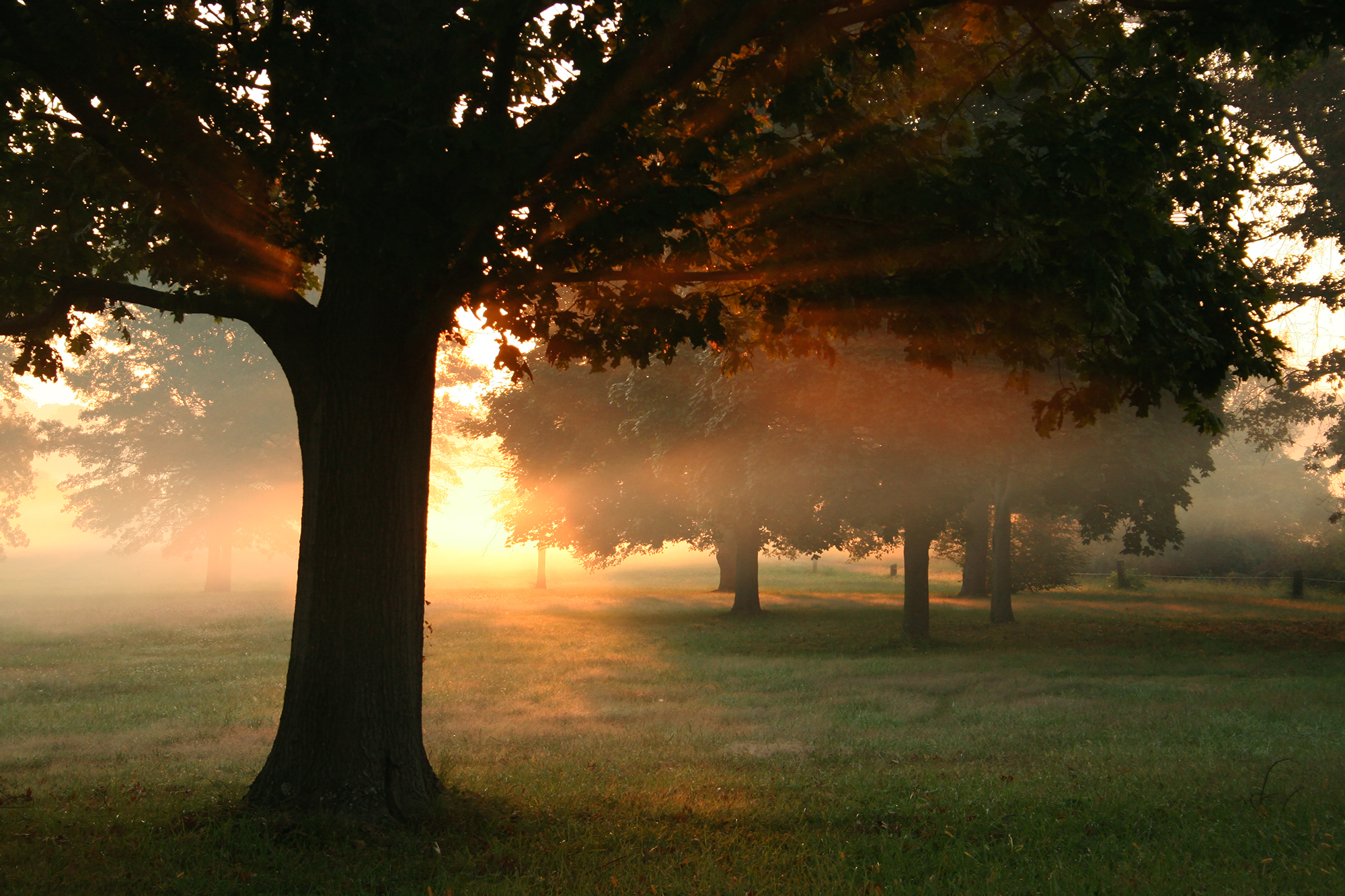 Here is the Sunday Easter worship service we did at our a church last year.  If your looking for some creative ideas for your worship service on Easter Sunday hopefully these songs, readings, and videos will spark some ideas within your planning team.

In our context, we had done a ‘Stations of the Cross Prayer Walk‘ as our Good Friday service, so we decided to include some elements of Good Friday in the first half of the Easter Morning service and then transition halfway through the service from that darkness to the light and celebration of Easter Morning Resurrection.

For the stage setup we began the service with our stage completely empty.  We gave cordless microphones to the vocalists and had them spread out in the congregation.  As we went through the service and progressed from death to life – we slowly filled the stage till the whole team was up there.  Changing the typical worship team setup helped the congregation ‘sit-up-and-take-notice’ and I think it helped them enter the despair and emptiness and see the progression to fullness and life.

We wanted the media to match the feel and flow of the service, so for the first half of the service all the slides were in Black & White.  Using some great photos from Lightstock photo for the backgrounds.

Once we made the transition to resurrection, we used more lively and colourful visuals for the slides.

Typically the atmosphere Easter Morning among the pews is celebration.  Our congregation is usually chatting, laughing, and full of energy.  We didn’t feel that we could start off the service with something reflective and somber so we picked this light hearted video from the Skit Guys as an intro.  The-Rabbit-And-The-Resurrection.  That was followed by some general announcements and then a prayer to bring some focus.

1 Very early in the morning, the chief priests, with the elders, the teachers of the law and the whole Sanhedrin, made their plans. So they bound Jesus, led him away and handed him over to Pilate.

2 “Are you the king of the Jews?” asked Pilate. “You have said so,” Jesus replied.

3 The chief priests accused him of many things. 4 So again Pilate asked him, “Aren’t you going to answer? See how many things they are accusing you of.”

5 But Jesus still made no reply, and Pilate was amazed.

6 Now it was the custom at the festival to release a prisoner whom the people requested. 7 A man called Barabbas was in prison with the insurrectionists who had committed murder in the uprising. 8 The crowd came up and asked Pilate to do for them what he usually did.

9 “Do you want me to release to you the king of the Jews?” asked Pilate, 10 knowing it was out of self-interest that the chief priests had handed Jesus over to him. 11 But the chief priests stirred up the crowd to have Pilate release Barabbas instead.

12 “What shall I do, then, with the one you call the king of the Jews?” Pilate asked them. 13 “Crucify him!” they shouted.
14 “Why? What crime has he committed?” asked Pilate.
But they shouted all the louder, “Crucify him!”

15 Wanting to satisfy the crowd, Pilate released Barabbas to them. He had Jesus flogged, and handed him over to be crucified.

We did this as one single slow verse – as I mentioned before the vocalists were in the congregation and I led the song from my acoustic off stage to the right of the congregation.

16 The soldiers led Jesus away into the palace (that is, the Praetorium) and called together the whole company of soldiers. 17 They put a purple robe on him, then twisted together a crown of thorns and set it on him. 18 And they began to call out to him, “Hail, king of the Jews!” 19 Again and again they struck him on the head with a staff and spit on him. Falling on their knees, they paid homage to him. 20 And when they had mocked him, they took off the purple robe and put his own clothes on him. Then they led him out to crucify him.

Song – ‘How Deep The Father’s Love For Us’

We did this with primarily one acoustic guitar and three part acapella singing.

21 A certain man from Cyrene, Simon, the father of Alexander and Rufus, was passing by on his way in from the country, and they forced him to carry the cross. 22 They brought Jesus to the place called Golgotha (which means “the place of the skull”). 23 Then they offered him wine mixed with myrrh, but he did not take it. 24 And they crucified him. Dividing up his clothes, they cast lots to see what each would get.

25 It was nine in the morning when they crucified him. 26 The written notice of the charge against him read: the king of the jews.
27 They crucified two rebels with him, one on his right and one on his left. [28] [a] 29 Those who passed by hurled insults at him, shaking their heads and saying, “So! You who are going to destroy the temple and build it in three days, 30 come down from the cross and save yourself!” 31 In the same way the chief priests and the teachers of the law mocked him among themselves. “He saved others,” they said, “but he can’t save himself! 32 Let this Messiah, this king of Israel, come down now from the cross, that we may see and believe.” Those crucified with him also heaped insults on him.

Song – ‘When I Survey The Wondrous Cross’

We did this song in this style (listen) – for our context we didn’t use the chorus since we wanted to keep the feel mellow and reflective.

33 At noon, darkness came over the whole land until three in the afternoon. 34 And at three in the afternoon Jesus cried out in a loud voice, “Eloi, Eloi, lema sabachthani?” (which means “My God, my God, why have you forsaken me?”).[b]
35 When some of those standing near heard this, they said, “Listen, he’s calling Elijah.” 36 Someone ran, filled a sponge with wine vinegar, put it on a staff, and offered it to Jesus to drink. “Now leave him alone. Let’s see if Elijah comes to take him down,” he said.

37 With a loud cry, Jesus breathed his last.
38 The curtain of the temple was torn in two from top to bottom. 39 And when the centurion, who stood there in front of Jesus, saw how he died,[c] he said, “Surely this man was the Son of God!”
40 Some women were watching from a distance. Among them were Mary Magdalene, Mary the mother of James the younger and of Joseph,[d] and Salome. 41 In Galilee these women had followed him and cared for his needs. Many other women who had come up with him to Jerusalem were also there.

Video – ‘Were You There When They Crucified My Lord’

Message and Flowering of the Cross.

Song – ‘Christ Is Risen’ – Bridge Only

We started on the bridge of this song (skip to 6:59 to listen to it) and we built it right up to the line – “Our God is not dead, he’s alive, he’s alive!”  Then we changed keys and went right into the song Happy Day.

I’m pretty sure the sole existence of this song is for Easter Morning.  🙂

Song – ‘Hope of the Nations’

Song – ‘Joyful, You are the One who Saves’ 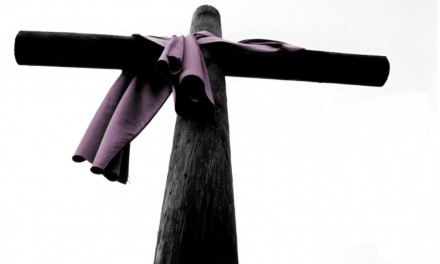 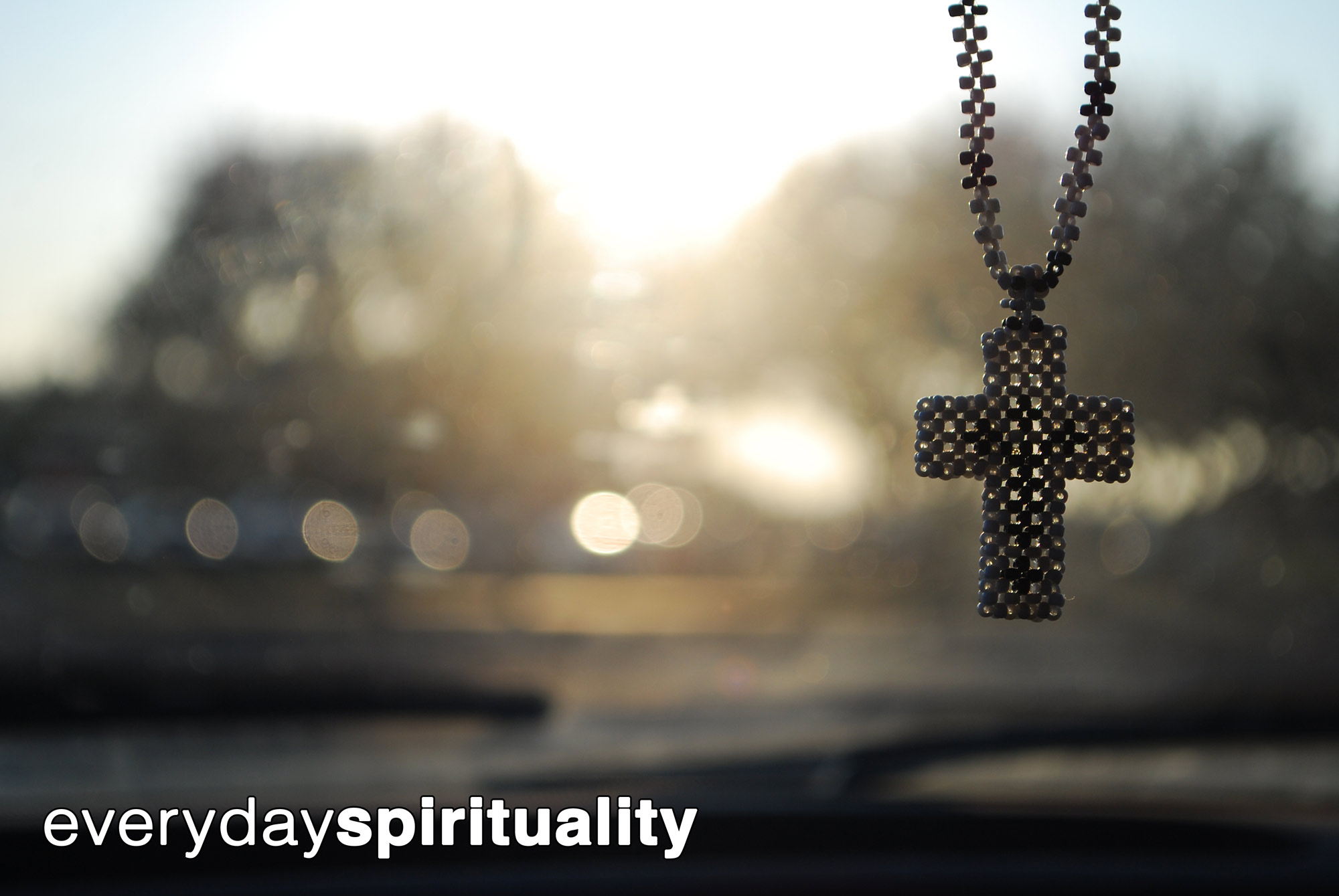 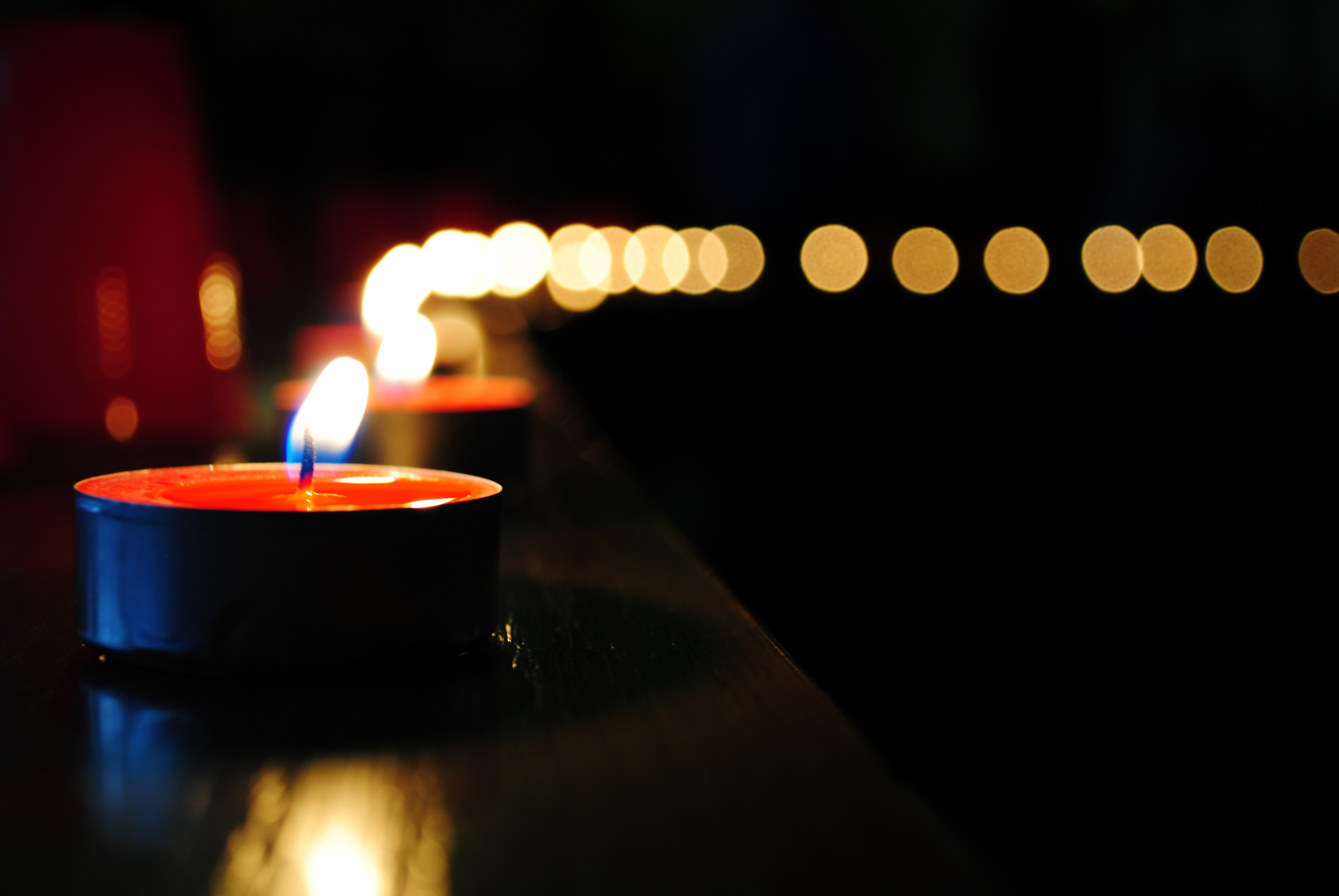 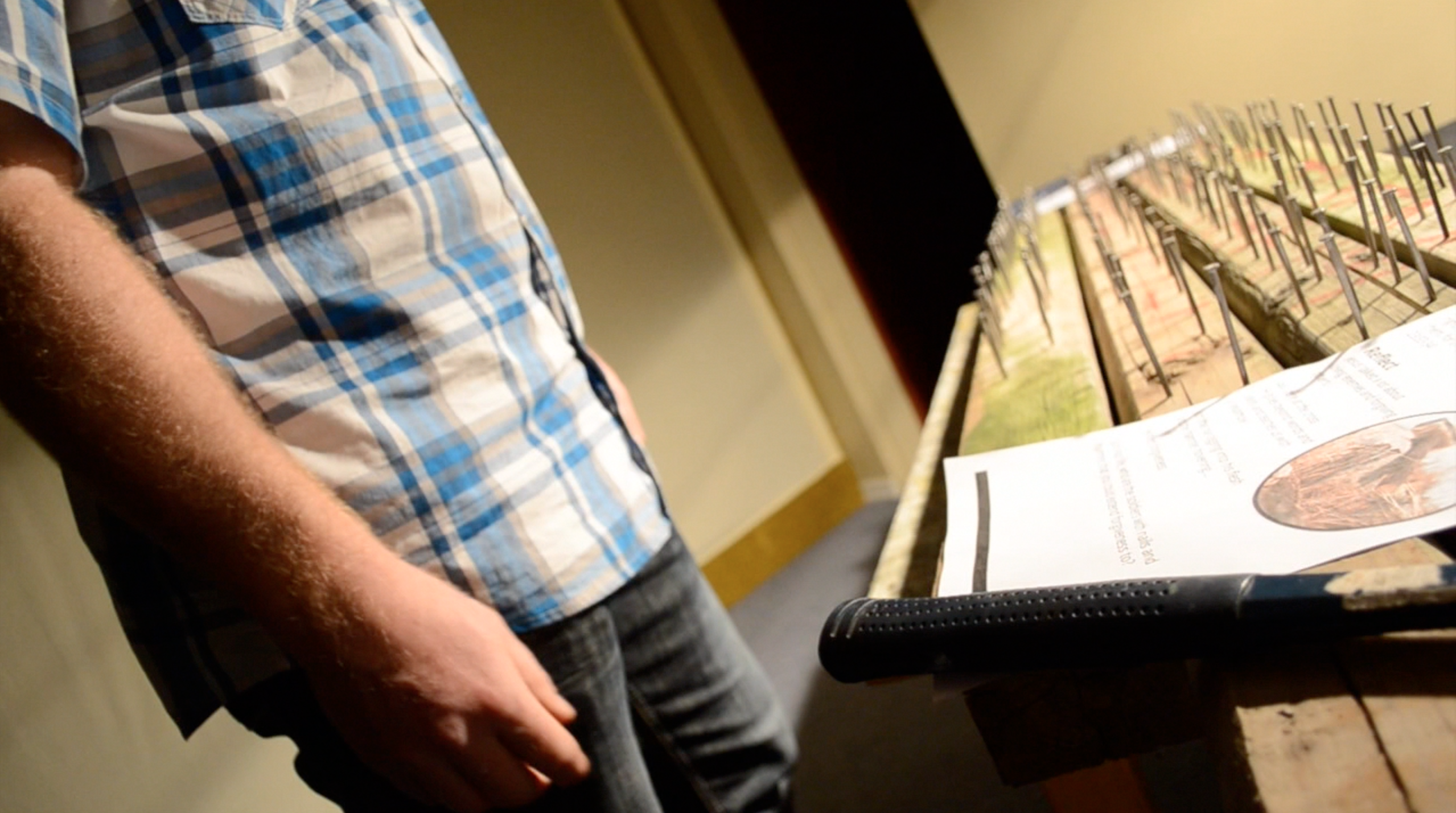